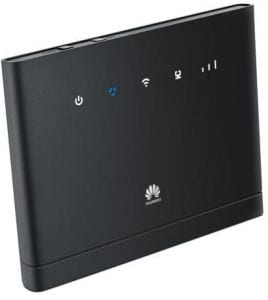 We’ve had a few requests for digital signage systems in locations with poor or nonexistent wired or Wifi internet connections.  A solution we deployed recently connected these remote digital signage kiosks and screens via a shared 3G/4G/LTE mobile network connection.

This installation went into a rather sprawling indoor/outdoor shopping centre here in Singapore with limited access to existing wired or Wifi internet.  The kiosks and digital screens were custom fabricated by our partner to achieve an IP65 rating.  Given the locations of the screens and the need to network connect a separate traffic counting device with some of the screens, we really wanted some sort of shared internet connection.

We worked with our local IT hardware suppliers and came up with an excellent solution using a Huawei B315s 4G/LTE modem/router.  This device has two standard SMA antenna interfaces that could easily be extended outside the enclosure with off-the-shelf materials.  More importantly, however, this device has both RJ45 connectors and 802.11b/g/n Wifi to allow the connection of multiple media players and other devices to a single mobile network connection and SIM card.

While the B315s is technically a consumer-grade device, we were impressed by the build quality.  With no moving parts and cool operation, we have no reason to believe that this device will have an excessive failure rate when installed in a protected kiosk or enclosure.

The SignCloud system is very “bandwidth-lite” already but because the local devices connecting to the B315s are on the same LAN subnet, they also share content between themselves.  This means that only one version of any particular file need ever be downloaded to any one of the devices on the subnet.  After that, the file will be shared to neighbouring media players via the LAN and thus conserving substantial bandwidth.  Also, because the devices are a common subnet, they are able to synchronise media playback on the connected devices to make large-scale video walls and other advanced coordinated displays.

For added security, the local area Wifi connection was hidden so only registered devices could connect using strong passwords and encryption.  Additional layers of security such as MAC address filtering were, of course, available but not really necessary.

An alternative we explored was to use USB 3G/4G dongles (or internal mini-PCI cards if the device allows) in each media player.  However, this configuration would require special drivers and start up scripts that must be custom-configured.  Also, we would have required many more SIMs at additional expense.